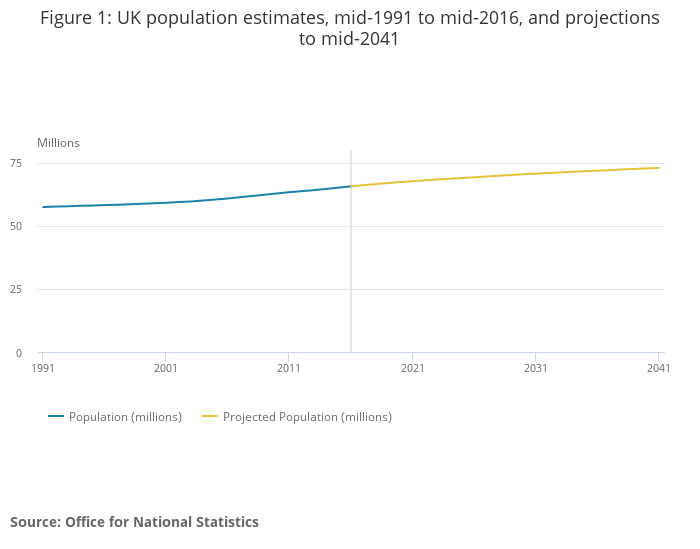 What does this mean for the UK’s housing and where will this growing population live? With the long standing housing crisis and shortage of supply the UK needs to increase the number of houses being built each year. The number of households set to rise is greater than the population rise due to the growth of single occupancy households. To deal with this we are likely to see an increased building on greenbelt land and further expansion of the urban jungles into the surrounding countryside as has always been the case throughout history. More housing is necessary to cater for this long term growth and reduce prices by ensuring the supply keeps up with demand. If this supply of housing fails to stay in line with or outpace the demand it will inevitably increase the cost of living for the population. With the correct approach to the planning process well designed and efficient use of land can be achieved.

The Housing Charity Shelter estimates that the UK needs a minimum of 250,000 new homes a year. The figures released at the end of last year show that there were 217,350 additional dwellings for 2016-17, up 27,700 on the year before; although an increase the UK is still falling short in meeting its housing needs for the growing population.