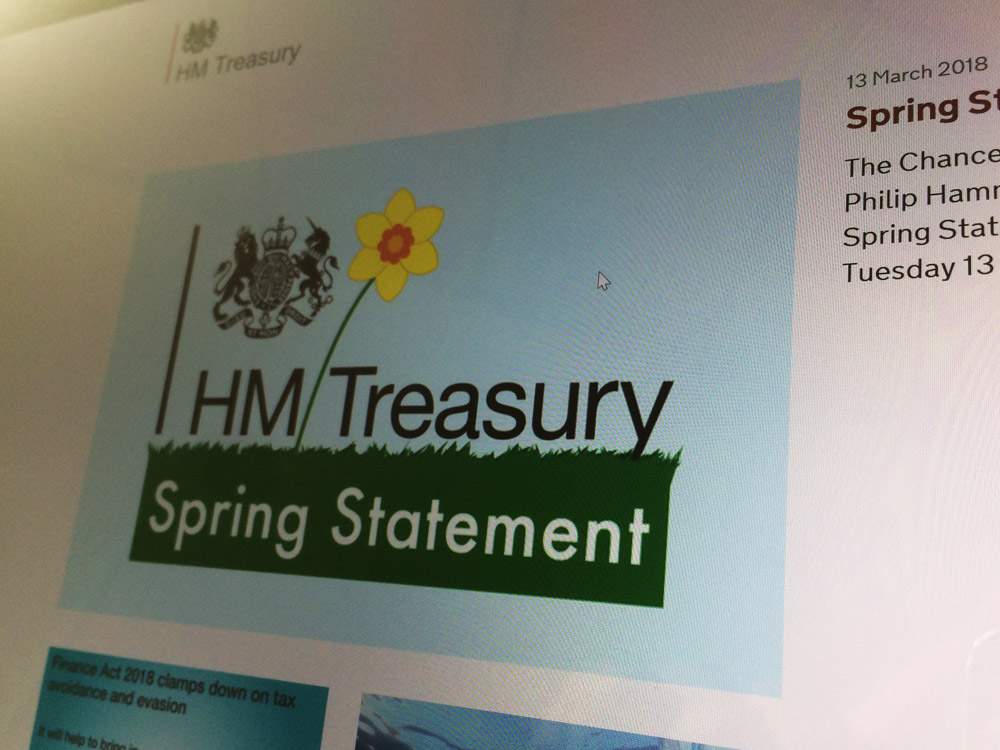 The Chancellor presented his first Spring Statement to Parliament earlier this month which follows on from the Autumn Budget 2017 setting the ambitious plan to tackle the UK’s housing challenge and build the homes the country desperately needs. Here’s a summary of what it included for housing in the UK.

The investment programme announced at the Autumn Budget 2017 set a figure of at least £44 billion over the next five years to put the UK on track to raise the supply of homes. The Government’s target is to reach a supply of 300,000 new homes a year on average by the mid-2020s. The Spring Statement 2018 confirmed that this was in motion. It was stated that the Government is working with 44 areas on their bids into the £4.1 billion Housing Infrastructure Fund to help ensure homes have what is required to get them started. They also confirmed that the Housing Growth Partnership fund will be more than doubled to £220 million and London will receive £1.67 billion to start building a further 27,000 of the capitals affordable homes. The process for improving transport in English cities is confirmed to be making good progress with the Government taking bids from cities across England for the reaming £840 million of the £1.7 billion allocation announced in the Autumn Budget 2017.

The Letwin Review of build-out rates was not published alongside the Spring Statement and instead a four-page letter offering an interim update on the work inquiry, focusing on what is happening on large sites operated by large house builders. The anticipate draft document will follow by end of June.

To read more on this visit: https://www.gov.uk/government/news/more-support-to-boost-house-building-momentum