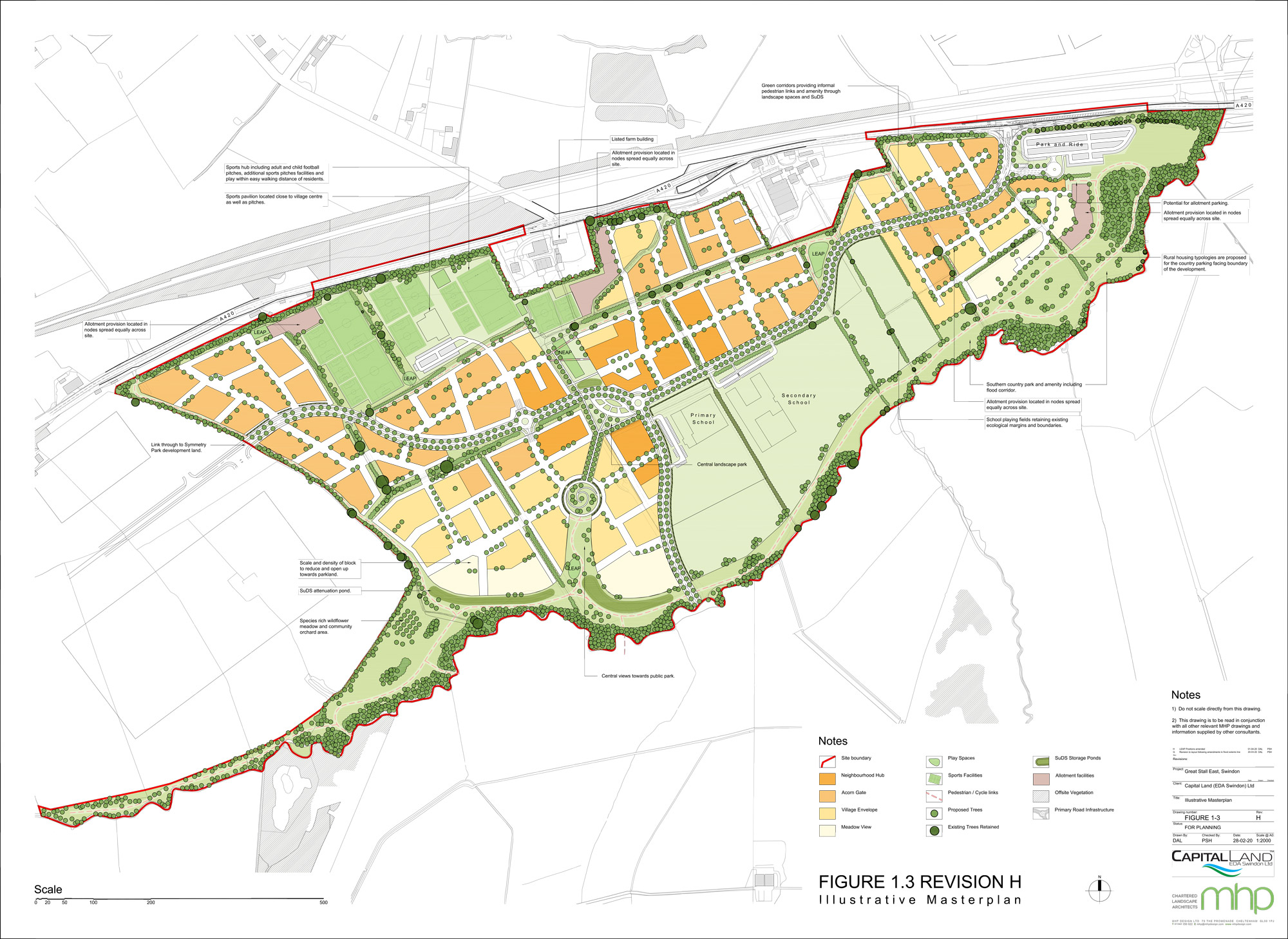 With the finalisation of the S106 agreement outline planning permission has been granted for 1,550 new homes on land at Great Stall East, just south of the A420 to the east of Swindon. The planning application for the development, which was submitted by Capital Land Strategic Planning, will also deliver a new primary and secondary school, a site for a Park and Ride, as well as a sports hub.

The Capital Land team received a resolution to grant August 2020 and finalised the S106 agreement a year later receiving the grant of planning permission at the end of last month. The team progressed immediately on to the next stage of the planning process working up detailed designs and beginning planning work to discharge conditions since the end of summer last year.

Employment land within the New Eastern Villages will see Amazon take up residency in what is said to be the biggest single warehouse sale in British history. The leader of Swindon council says it’s a massive vote of confidence in the town.

Developer Panattoni was given permission in June for a huge new warehouse to be built at Symmetry Park – just off the A420 opposite the Gablecross police station – in what was described as a £400m investment in Swindon. While Panattoni is staying on the project as the developer, it has sold the warehouse to Legal and General Investment Management for £200m.

Amazon’s expansion, including the single 2.3 million sqft letting at Panattoni Park in Swindon, accounted for one-third of all 2020 take-up so far, a total of 11.5 million sq ft. The data from Cushman & Wakefield comes as Knight Frank released predictions that e-commerce will stimulate demand for up to 92 million sqft of new UK warehouse space in the coming three years.

The new warehouse space at New Eastern Villages is expected to be completed towards the tail end of 2021.